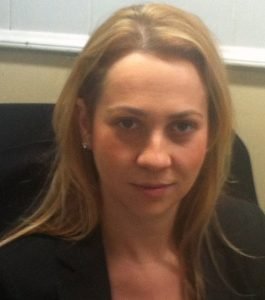 Laura Perez was born and raised in Queens, New York to a Cuban father and Spanish mother. Currently she is an attorney with a solo-practice based in Jackson Heights, Queens specializing in immigration law.

Upon graduating from CUNY Law, Ms. Perez worked for sole proprietor, Mercedes S. Cano, an expert in immigration law, in Jackson Heights, Queens. In 2011 she became an Adjunct Professor at CUNY School of Law in a project created in light of the U.S. Supreme Court’s landmark decision, Padilla v. Kentucky imposing a duty of criminal defense attorneys to advise their non-citizen clients of the immigration consequences of their criminal cases and acts as a consultant and CLE instructor. Laura Perez became one of the Vice Presidents for Latino Lawyers Association of Queens County in 2012, a position she proudly still holds.

Ms. Perez’s practice is focused on providing quality legal services for costs that make representation accessible to the vulnerable communities of people she works with. Through her advocacy she has been able to secure protection for numerous asylum seekers from all different parts of the world. Ms. Perez’s interest and dedication to the diverse communities of New York stems from being born to immigrant parents and growing up, living in and working with immigrant communities in New York throughout her entire life.